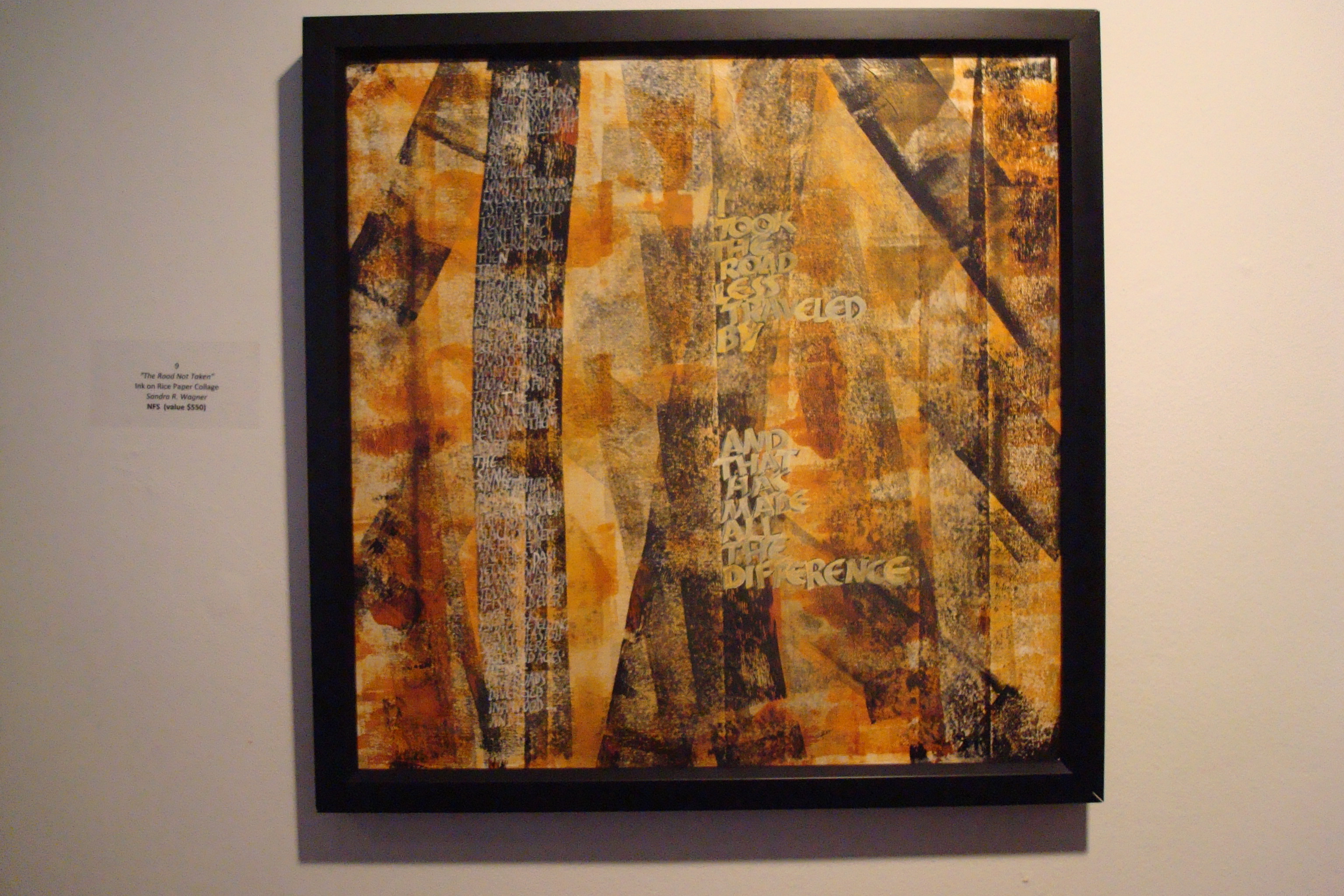 I’m a saver, some might even say hoarder, so there are often random bits of paper or unfinished canvases roaming about my studio. Sometimes it’s a canvas that just isn’t working and it can be tempting to toss it out or paint over. Several were just lying around last fall when I needed a piece for an upcoming exhibition.  Staring at this one, I started to randomly associate words with the visual.  Words such as trees, paths and roads ultimately led to the Frost text used here and, like wine aging in a cask, partially worked canvas became art.

3 Replies to “Wine and Art”